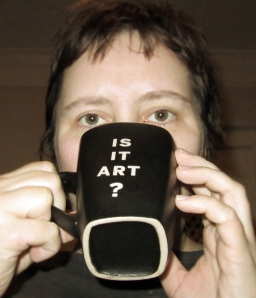 My name is Elaine.

I’m from Detroit. I’m a doctoral student in Theological Aesthetics at the Graduate Theological Union in Berkeley. My main interests lie in the aesthetics of decay, impermanence, and imperfection, but I’m also interested in liturgical aesthetics. I studied briefly with Alejandro García-Rivera before his passing, and am heavily influenced by his work.

I hope to return to Detroit when I graduate.

I have an MA in Systematic and Philosophical Theology from the GTU, and a BA in Philosophy and Communication (double major) from the University of Michigan, Ann Arbor.

I’m a convert to the Episcopal Church, on the Catholic side of the spectrum. I have a strong interest in ecumenism. I was raised in the Assemblies of God, and became familiar with a number of different denominations on my way to finding a home in the Episcopal Church. I’m a member of the Cathedral Church of St. Paul, Detroit, and recently worked as an Assistant Verger at Grace Cathedral, San Francisco.

I’m a poet. This blog features some of my poetry with notes and thoughts about the poems themselves and the writing process; theological reflection; and posts about Detroit.

Reflections and thoughts on faith, life, and the Christian Tradition

TURN to a historian

Has "TURN: Washington's Spies" left you feeling a little... spy-curious?

Photos of the Great Lakes State

thoughts along the way

Thought Catalog is a digital youth culture magazine dedicated to your stories and ideas.

word of a woman

Cooking in the Archives

Daily Thoughts and Meditations as we journey together with our Lord.